You are here: Home › Our Trustees › The Liverpool-Mulago Partnership (LMP)

The Liverpool-Mulago Partnership (LMP) is an independent charity set up in 2008 as a partnership between two large maternity units; Mulago National Referral Hospital in Uganda and Liverpool Women’s Hospital in the UK. At the moment, both hospitals are under reconstruction and potentially relocating. Given the current circumstances; the LMP is being temporarily hosted by Knowledge for Change until further notice.

The aims of the LMP include the following: 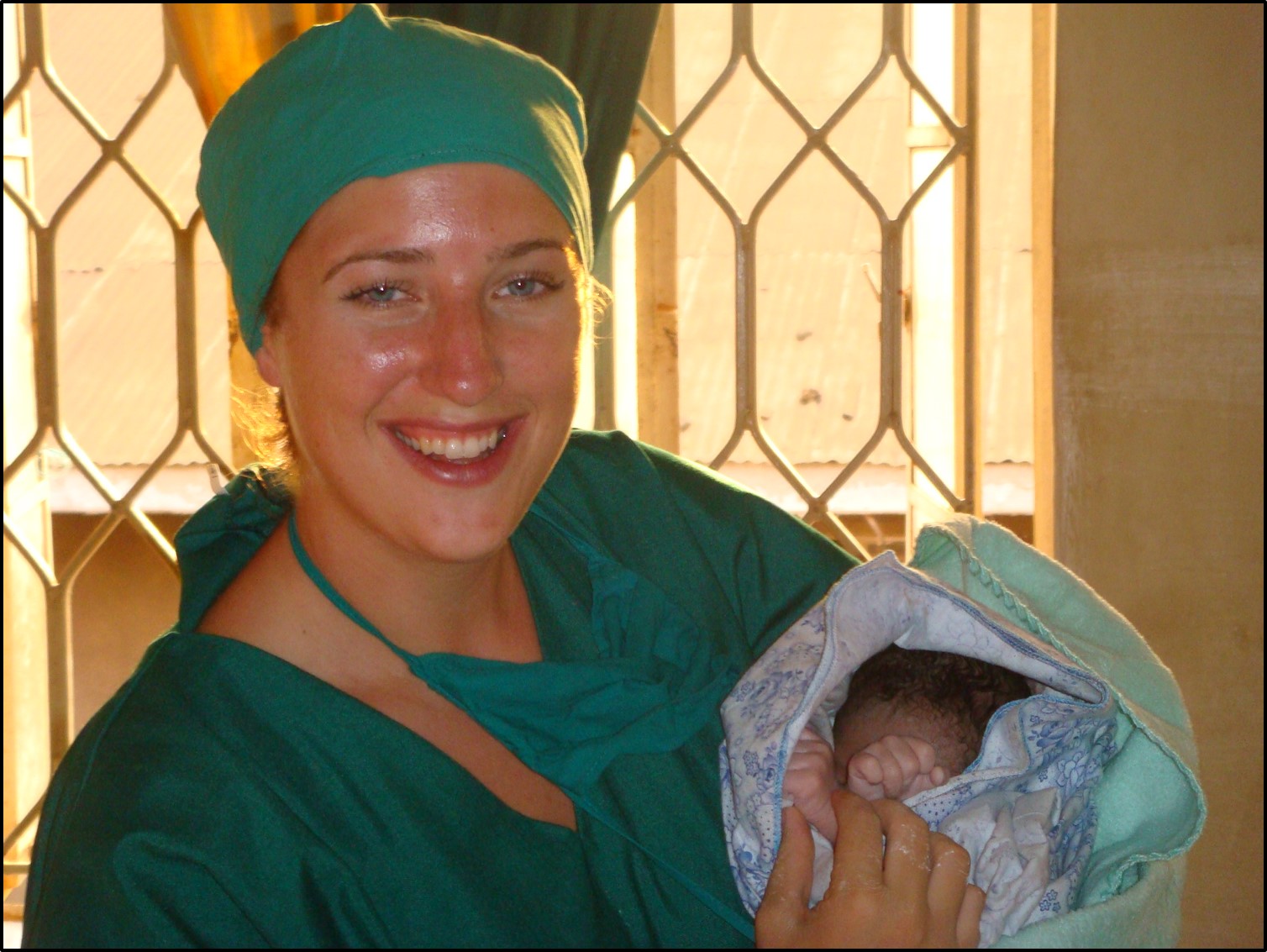 Over the past 8 years, the LMP has undertaken numerous activities to achieve its aforementioned aims. These have included infrastructural developments, the provision and repair of medical equipment and running capacity building projects (such as staff exchanges and training programmes) designed to facilitate mutual learning between UK and Ugandan staff. The latter was facilitated by providing long-term on the job training for Ugandan staff through the placement of professional UK volunteers (including UK medics, midwives, nurses and biomedical engineers) in Mulago Hospital and other referral Health Centres both in Kampala and across Uganda. Some of the main interventions carried out by the LMP are desribed below:

Mulago Hospital is one of the largest and busiest public hospitals in East Africa, delivering over 33,000 babies each year. Mulago dangerously overcrowded due to its large catchment area and the poor functionality of nearby health facilities in Kampala. It is also the only National Referral Hospital in the country which means it deals with the sickest and most complicated of patients, many of whom have been referred there for further treatment from hundreds of kilometres away. This led the LMP to focus its attention not only on Mulago but also the poorly performing Health Centres nearby to improve their efficiency and reduce the burden on Mulago (see below). The top 5 LMP activities in Mulago itself have included the following: 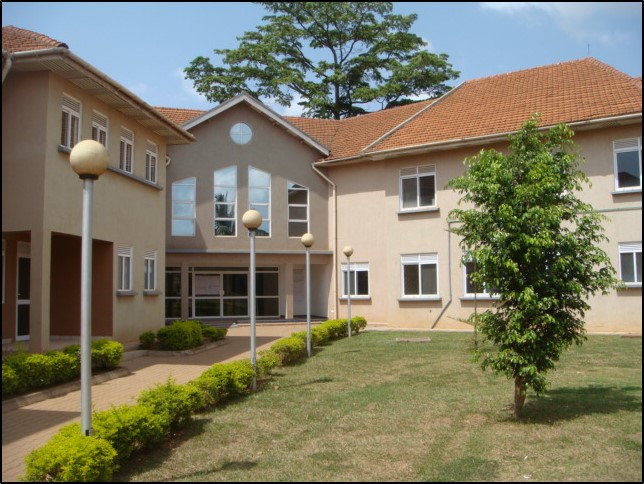 One of the biggest success stories of the LMP was functionlising Kisenyi Health Centre IV at the specific request of Kampala City Council Authority (KCCA). Kisenyi serves one of the most diverse and deprived communities in the Kampala region, with large numbers of poor refugees living in the predominantly slum catchment area. The LMP were shocked to find such attractive purpose-built premises, comprehensive infrastructure, a ful complement of staff, an ambulance service and copious equipment and consumables in place; Kisenyi (pictured right) had been newly built in 2008 yet the maternity facility had never opened for patients in over 5 years except for a few outpatient and antenatal services. The vast majority of patients were referred to Mulago Hospital (or referred themselves). 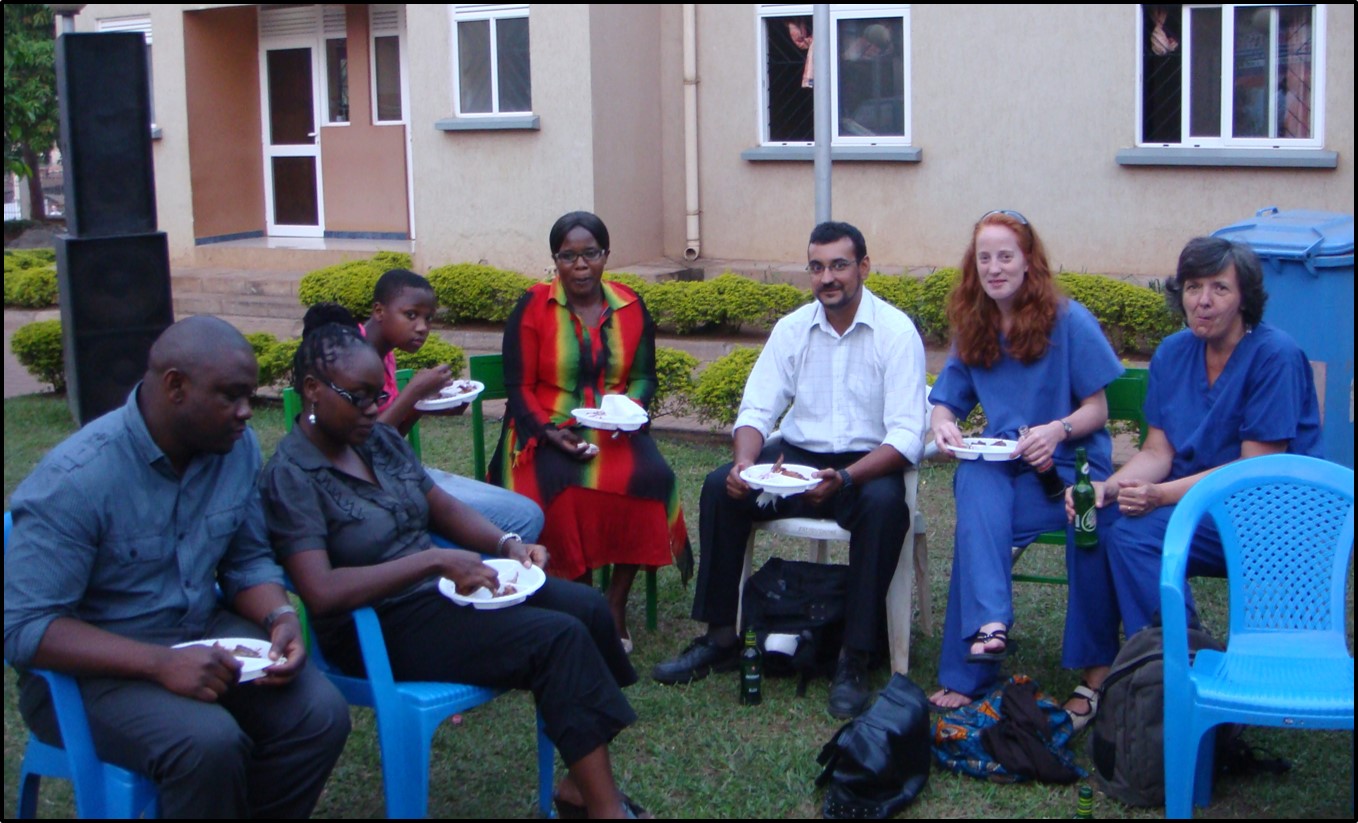 An initial scoping assessment indicated the need for minor but critical infrastructural interventions including the provision of sinks in delivery rooms and the newly planned neonatal unit and theatre area (sluices and drains). In January 2014, a multi-disciplinary team of LMP volunteers, working closely with local staff and KCCA representatives, managed to organize the existing facility and resources and provide the necessary minor improvements (curtains etc.) enabling the Labour Ward to open at the end of the week. The first ever delivery took place on the Friday morning. SVP volunteers also worked with local staff to identify and set up a new neonatal unit and operationalised a fully functioning theatre. Many staff had suffered skills wastage after not practising for so long which had led to demotivation; therefore extensive training and protocol development were carried out with local staff to bring them up to an adequate level. Numbers of deliveries have continued to increased markedly and Kisenyi is now a highly functional Heath Centre IV facility. 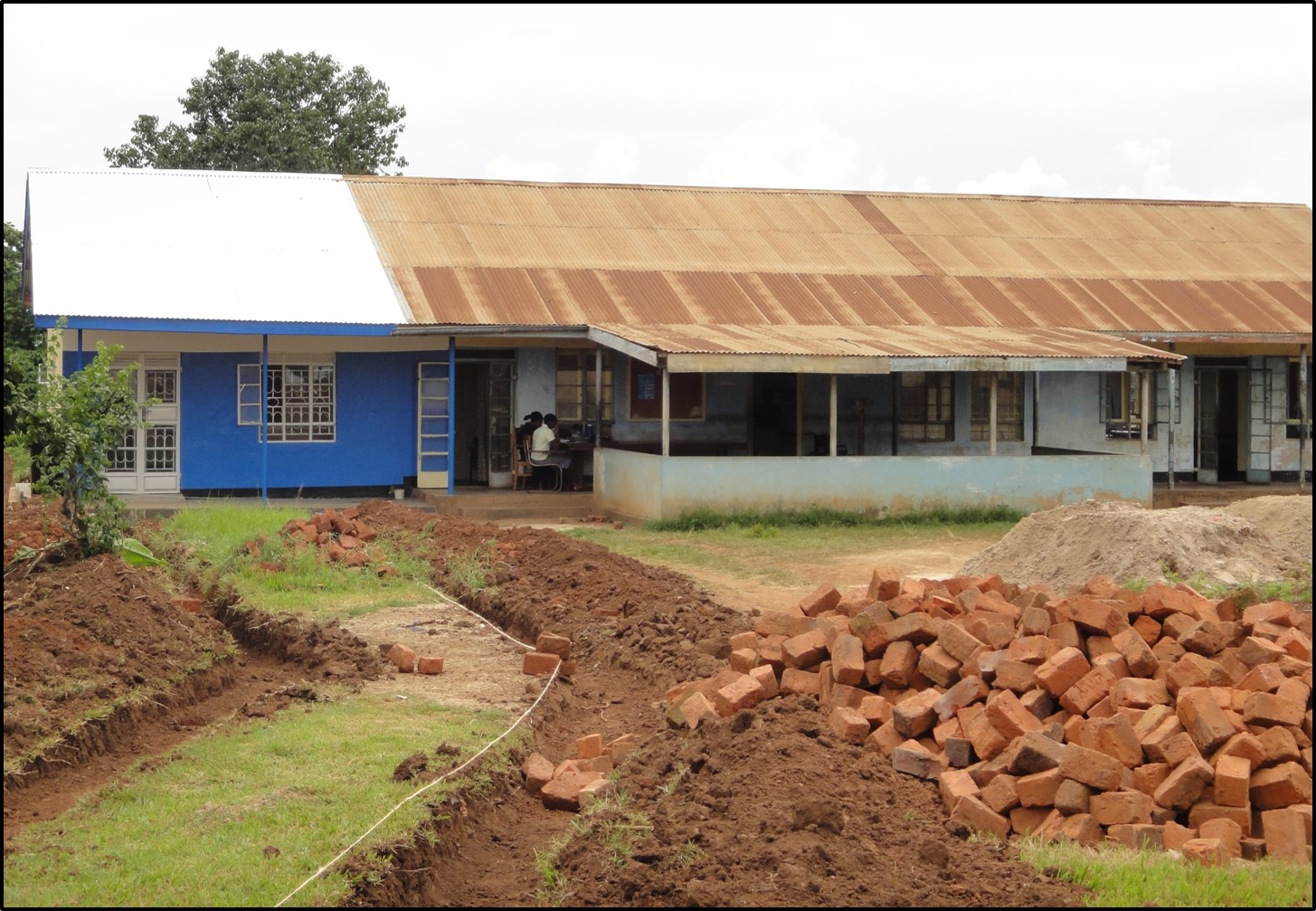 The LMP partnered with Kasangati between 2008 and 2013; most notably, the LMP built a post operative ward (right) to enable women to receive post operative care in a safe area, separating them from labouring women and other patients using the main ward. The LMP also built a pathway from the main building (which housed the labour ward, post operative ward and antenatal clinic) to the theatre. Previously, there was no safe pathway, therefore labouring women would have to walk over 40 metres across an uneven dirt track to go to theatre for a caesarian section. In addition, the  LMP decorated the maternity unit and provided sinks, drainage and water harvesting facilities to enable staff and patients to wash their hands and reduce infection risk. A number of LMP volunteers were based at Kasangati to run training programmes, and it was arranged for the Kasangati medical officer to complete a Diploma in Reproductive Health at Liverpool School of tropical Medicine in early 2013.

Between 2008 and 2013, the LMP conducted several training and public health promotion events at Kabubbu HCIII. A full inventory of equipment was also conducted by a biomedical engineer as part of the renovation of the centre and other LMP volunteers carried out staff training and capacity building exercises. 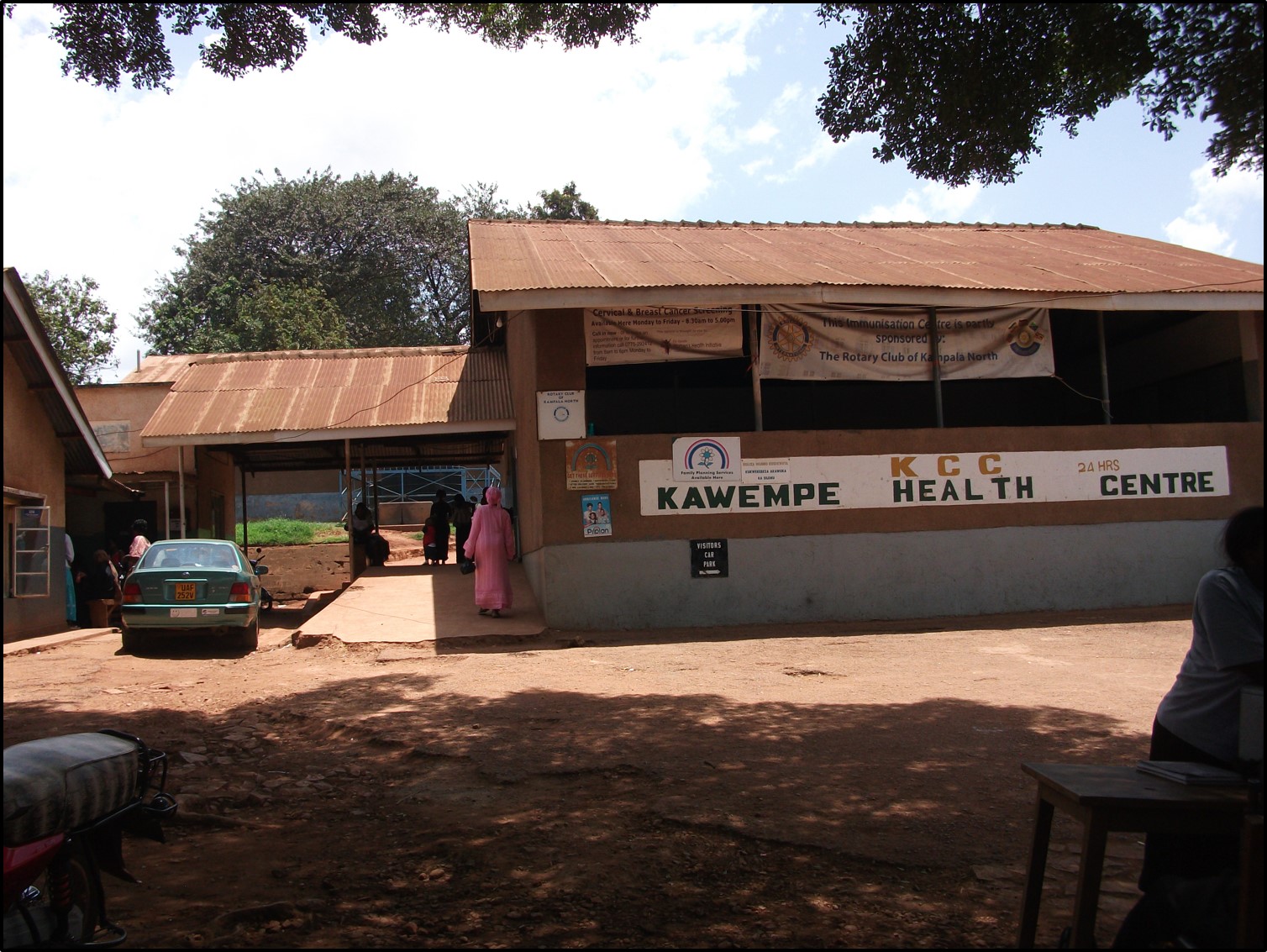 The LMP worked alongside staff at Kawempe HCIV to renovate the operating theatre that was unusable when the LMP carried out its first scoping visit in 2011. The LMP also worked closely with the local staff to develop training in cervical cancer screening as well as sexual health promotion and education. Kawempe was demolished in 2014 and has been replaced by a much larger new facility.

For more information on the LMP’s Health Centre interventions, you can read the most recent report here. 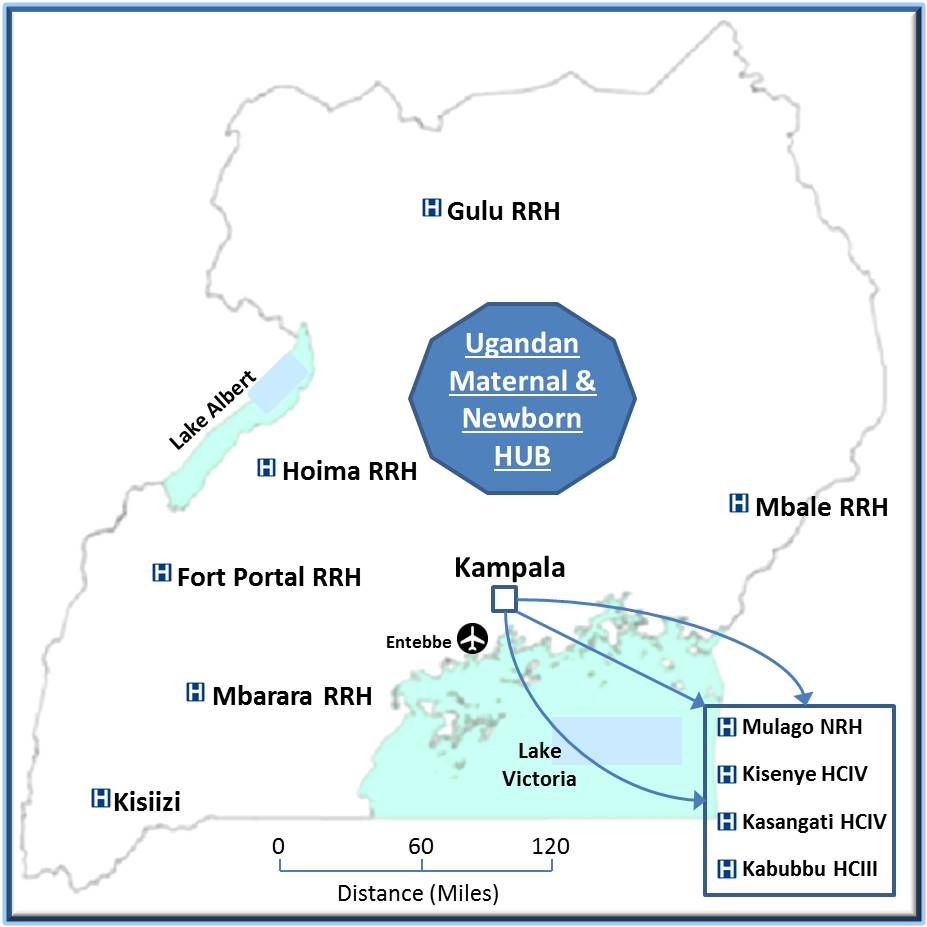 The LMP carried out a study in 2011, funded by UK government’s International Health Links Funding Scheme, to examine the activities of similar partnerships to the LMP operating in Uganda. It concluded that a number of such partnerships existed but were working in complete isolation, despite conducting very similar activities to one another which could be streamlined to improve efficiency. The LMP received funding of £25,000 from the Tropical Health Education Trust (THET) to establish a coordinating body to bring together the various partnerships and enable them to work more closely with one another. An initial workshop was organised in 2012 which lead to the creation of the Ugandan Maternal & Newborn Hub (UMNH). UMNH was hosted by the LMP but comprised 9 other Health Partnerships based across Uganda. A number of projects were run through UMNH including the Sustainable Volunteering Project (SVP), the Infection Prevention Control Project and the first phase of the Biomedical Engineering Project. More information on the UMNH can be found here.

The LMP received funding of £495,000 from the Tropical Health Education Trust (THET) in 2012 to run a 3 year professional volunteering programme. This programme (the SVP) placed over 50 professional UK long-term volunteers across the 9 Ugandan Maternal & Newborn Hub (UMNH) partnership facilities to engage in training and capacity building activities. The volunteers came from medical, nursing, midwifery, biomedical engineering and social science backgrounds. More information on the SVP, including a full project report, can be found on the UMNH web page (www.Knowledge4Change.org/UMNH).

For more information on the Liverpool-Mulago Partnership, please contact Knowledge for Change: info@knowledge4change.org

Home
About Us
Our Projects
Trustees
Donate
Latest News
Contact Us

Knowledge for change is a UK based charity that provides student placement opportunities in Africa. Our main focus is on facilitating a mutual exchange of knowledge and expertise that promotes sustainable improvements in healthcare for the people of Uganda.